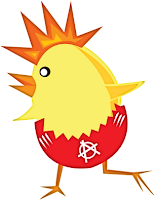 After insisting she actually hear the finished version of what would be her new hit single parody, Ms. GaGa decided she wouldn't give the go ahead after all. Poor Al writes about it here, and for posterity, posts the song up on youtube. We at the village have now decided we don't like Lady GaGa so much... but then, I think we were actually born that way.

[Update]: According to new news, the whole "she doesn't like my song thing" was all the fault of a sneaky little manager who never even bothered to inform Ms. GaGo that there was a parody to consider. But we at the village press know that it was simply a case of poor foresight on Lady Gaga's part. She just didn't consider or realize what the public fallout would be, and after a quick conference, it was decided that the poor little manager would take the fall before things got out of hand.
image via www.wpclipart.com
Social