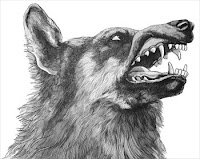 Another site stands swallowed by Arianna Huffington in the recent merger between AOL and Huffington Post. Switched may now count itself among the ranks of sites such as Engadget, Mapquest, Techcrunch, and Moviefone that have been or will be consolidated into AOL's rebranding efforts. For the time being, a farewell post from Switched Writer Thomas Houston is here. We'll see if it stays up. And yes, sure,I can read the big sign at the top saying they are moving... but as Eric Snider explains, it won't be the same.

In related news, after finding out AOL had actually been paying their free-lance writers, a few folks who had been free-blogging it decided it was high time to file a lawsuit. The Village Counsel can't help but love this quote:

"On the call this morning, Tasini vowed to make Huffington a pariah in the progressive community”