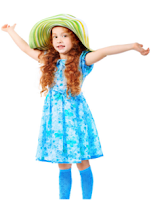 If you thought your baby girl was growing up too fast, it turns out you might be right. USA Today reports on a study in Pediatrics that shows approximately 15% of American girls are now starting puberty by age 7. This age represents almost a 100% increase among white adolescent females when compared to a similar study in 1997. Although a specific reason for this increase is not known, Sandra Steingraber offers several possibilites including obesity, prematurity, genetics, environmental chemicals, TV, and stress.

The original study By Dr. Frank Biro and colleagues is here (even though USA Today makes no effort to, you know, actually cite it or anything) and is worth a read if you didn't happen to see it last year when it was published. Despite the "sensational" job USA Today does at reporting this news, they did forget to mention the weaknesses the study's authors point out, which includes low recruitment rate, recruitment at only 3 sites across the US, and baseline differences in maturation that were site specific. What this means is that the study should not be taken as a "nationally representative sample", but rather impetus for a more comprehensive study. I'll also note that a possible cause that Sandra Steingraber and Liz Szabo forgot to mention was differences in diet. But hey, it's not like anyone expects a reporter to actually read the study they are reporting on...
image via 1photos.com
Monday Mumbles Science Social