Believe it or not, it's just me 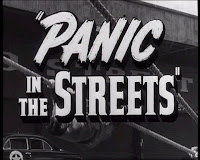 As a boy of 8 years, I was severely injured while trying to be a hero. My morning began, I suspect like any other Hero's would, by opening my eyes and squinting at the bright sun as it slipped in through the window slats. It was summer time in Florida. A time filled with trips to the beach, TV, and the recklessness of youth. The later being brought about by the bane of every kids existence: boredom. Thus began my brief flirt with heroism.

I went down a mental checklist of what was required to look like a hero, and realized I was lacking height, strength, super powers, and curly hair. Only the later of those could be fixed, so I did what any young boy would do. I pulled out mom's curling iron and began carefully applying heat to my bowl-cut locks. I sang along with the soundtrack playing in my head - "I never thought I could feel so free-heee-heeeee...!"

It was on my third trip trough the chorus that I unwound the last strand of hair and admired my work. I posed in front of the mirror, legs spread in my red pajamas, arms out at my sides, and screamed, "FLYING AWAY ON A WING AND A PRAYER, who could it BEEEE.... "

Believe it or not, it was my dad. I heard him coming in for lunch. It occurred to me that while The Greatest American Hero had curly hair, little girls also have curly hair. I carefully considered which of the two I looked more like. Embarrassment rose like two bright spots of blush on my cheeks. I batted my eyelashes in shock. I was just making matters worse.

I made like any sensible hero and lept into into the shower - plunging my head under the faucet as I turned it on. Or at least, that's what I would have done had I not slipped on the still-wet floor and split open my chin.

As we sat in the doctor's office some hours later with a fourth blood soaked towel tucked securely under my chin, my curly bangs limp with sweat, I knew I had failed. The doctor patted me with reassurance and offered, "Let's be a brave young lady and have a look at it."

~o.O.o~
Today, I'm grateful that others have a better understanding of heroism than I ever have. They know it is not about how you look, but what you do. And they do it without trying. For anyone who has ever fought to defend those who couldn't - all the while giving me the freedom to be a moron - I thank you.
Monday Mumbles